Tools for a whole life...

It's bigger than you think 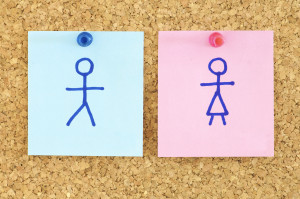 I actually wanted to call this page “Feminist Psychology/Therapy” but I realized that many people think feminist therapy is for women only and involves dealing with anger at men. Being a feminist has nothing to do with hating or being angry at men, and it has everything to do with empowerment and freedom to choose—for both men and women.

Feminist psychology came out of the women’s movement in the 1960’s and originally focused on empowering women. Since then it has evolved to focus on empowering both genders to communicate their truth, to live a more authentic life, and to break from the roles and constraints often forced on them by society and cultural expectations. For instance, “boys don’t cry” has been a cultural constraint that has prevented men from expressing their sorrow and pain for many years, forcing men to suppress their emotions in ways that do not lead to a healthy emotional life. Likewise, “nice girls don’t do that” (whatever that is) has oppressed women by forcing them to behave in ways that are not authentic while squeezing them into the role of always having to be ‘nice’ in order to be considered a good woman.

The goals of feminist therapy/psychology:

We do not have to adhere to cultural norms and expectations no matter what our gender. Expressing ourselves authentically is freeing emotionally and can lead to increased happiness and reduced anxiety. Most of us think that we actually do express ourselves authentically…and we do…most of the time. Unfortunately, cultural expectations and society (i.e. television, magazines, elementary education, etc.) have taught us since we were little children what boys and girls do, and how men and women behave…and we often don’t realize just how fully we have bought into these beliefs. In fact, the cultural expectations and societal norms that define male and female behavior are so easily and automatically accepted that we often fail to realize that there is any other way to be, that there are other choices that we could make, or that our choice has been made for us.

Feminist psychology/therapy takes the time to highlight the cultural expectations that define what we have come to expect from men and women, providing alternatives to our “automatic” responses. When we realize just how wide of a variety of choices we actually have, we can free ourselves from behaviors that aren’t working for us anymore…simply by choosing to behave differently, to believe differently, or by giving ourselves permission to be honest and authentic in our responses to other people. Many people fear that if they do and say what they really want to do and say that they will be rejected by friends and family, and that is always a possibility…but it is highly unlikely. After all…what makes you think that the people around you don’t actually think and feel the same way? What if everyone you know also feels they are forbidden to be honest and act authentically…just like you?

Does this mean that we won’t be focusing on the problems that brought you into therapy in the first place? Absolutely not! Your concerns drive our therapeutic goals and what we will focus on in each therapy session. But don’t be surprised if some of what brings you into therapy turns out to be rooted in beliefs about what men or women should do or should think…and trust that I will point that out to you so that you can decide if you want to challenge the cultural and social expectations that are causing you to be anything other than who you truly are.